THE KING OF FIGHTERS ONLINE

The million seller of duel fighting game,
The King of Fighters’ series has changed to MOBA.
Let’s enjoy hundreds of original characters,
astonishing strategy and satisfying action at the same time.

‘The King of Fighters Online’ is the converted MOBA from ‘The King of Fighters’ (referred to as "KOF"),the legendary duel fighting game which has been made with 13 series since 1994. Even while taking advantage of the element of fun and strategic MOBA genre and keeping the figure & unique skills of the character of more than 100 species that appear in the original, ‘The King of Fighters Online’ does not lose the feel of the original . In particular, the thrilling action and striking sense of implementation are maximized through the fancy camera work and effects that were not seen in the previous MOBA games, using the characteristic it’s own "anger gauge system" and "super-special moves". 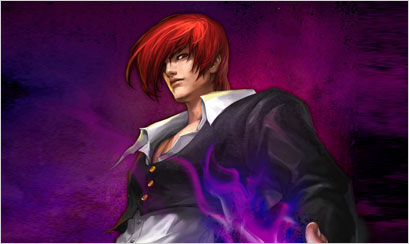